Before we even had a solid grasp of how we were even going to spend a month in Japan there was one single item already paid for and locked in: Gattan Go. In the remote foothills of the Japanese Alps, enterprising locals have transformed an old, disused railway track into a popular tourist activity by welding a bunch of old mountain bikes together and running them along the old rail. Katie was adamant that we catch this oddity, and so I booked in a session for us the day before they would close for the year. Literally everything else you have read so far was slowly built around this one day!

Anyway, we still had to get there of course. We set off from Kanazawa early in the morning and were soon on a mountain train bound of Takayama. A train I should mention was out of action until two days ago due to a landslide causing a a large section of track of vanish down the mountain. The train wound its way slowly to Takayama, where we quickly dropped of our luggage and grabbed our Gattan Go tour tickets.

Gattan Go is in a very remote town in an already inaccessible part of Japan, so the local bus company has set up a dedicated “tour” that the private-car challenged can utilize. The tour is set up like so:
1. Board a local bus to the middle of nowhere
2. Board a waiting taxi to Gattan Go
3. Gattan Go
4. Board another taxi back to that town in the middle of nowhere
5. Get the bus back to Takayama

Nice and neat in theory, but the idea of being stranded out in the sticks because we couldn’t find the taxi rested on my mind as we boarded the bus and trundled off into the mountains for a good hour. I shouldn’t have been worried, however, as the whole experience was carefully curated, with the bus driver directing us straight to the taxi, who in turn was expecting us and even pointed out the Gattan Go course far below us as we zipped over to the start line.

After a short safety induction we donned harnesses and mounted our mountain bike rides. The harnesses were then attached to the bikes, presumably to keep us from deciding Gattan Go wasn’t for us and making a mad dash into the hills. We set off, keeping a short distance between the riders in front and behind us and slowly but surely made our way along the course. For an hour we meandered through picturesque valleys, across old railway bridges and the occasional tunnel. It was truly a weirdly unique experience that one might expect from a place like Japan.

We finished up the day with a local ramen dish before retiring to our posh hostel which featured king sized double beds in a mixed dorm setting and a security card that I somehow lost about 10 minutes in. 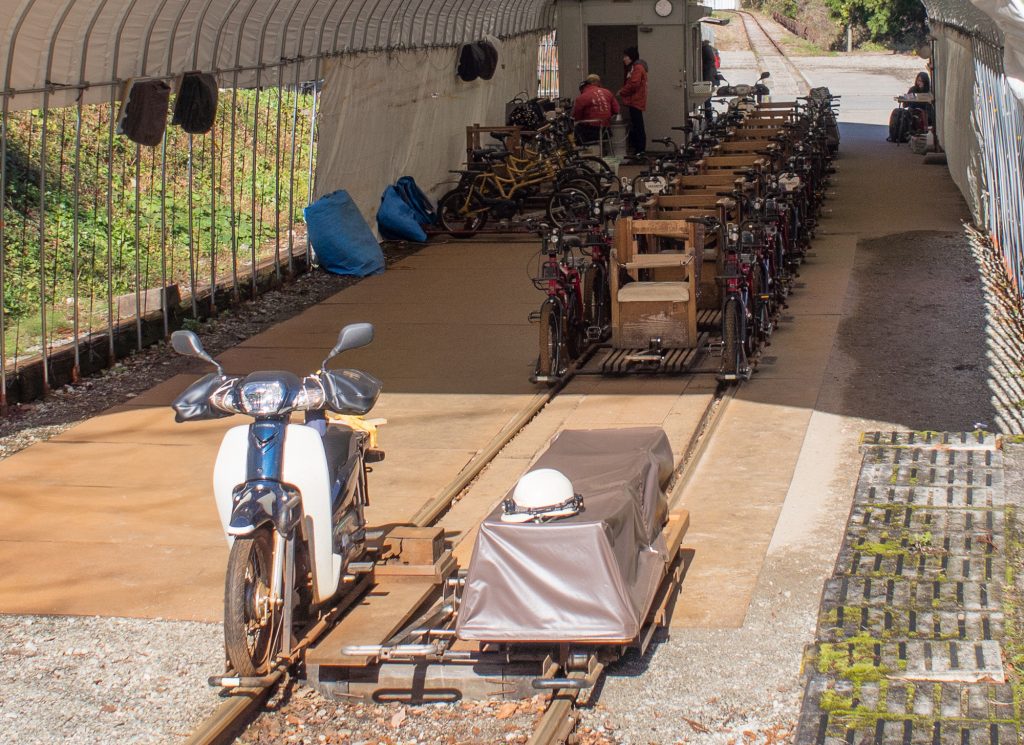