When planning this trip, booking accommodation had mostly been a painless experience, with numerous cheerful hostels to choose from at almost every destination. All except one, Nakatsugawa. A small regional town and our point of access to the famous Nakasendo hike, it had exactly two hotels. One was located on the expressway 5 kilometres from the train station, and the other was a business hotel with roughly 200 1 star reviews. I deliberated for a long while about this place, going as far as to check other towns on the trains route in case I could find anything even slightly better, but unfortunately all signs pointed to this infamous place. 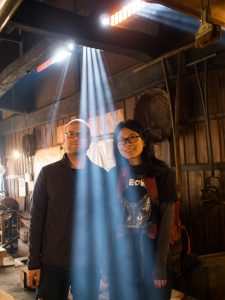 When we arrived in Nakatsugawa the hotel lived up to its shoddy reputation almost immediately. As we entered the tiny reception room (think two payphone booths strapped together) the owner sauntered out of the backroom with the expression of someone who did not appreciate being disturbed and was going to make us pay for it. I said “Hello, I have a reservation”. She said “No”. Not the best start. I gave her my name. Still “no”. Booking.com reservation number. “No”. Finally she pulled up a list of reservations for that night and seemed surprised to see my name on it. Room key exchanged we hiked up a set of stairs to find that our room was completely open to the public. Inside was a dirty, dreary room one might expect from a place with such a nasty reputation. But I have to give them credit, certain features showed an unusual dedication to the art of sleazy dives. In particular was the TV cabinet in one corner of the room. Inside the cabinet was a truly bizarre pornography delivery system. A glass, coin operated lock-box containing a half dozen adult DVDs. Presumably one would slot in enough coins to both unlock the lock-box and claim a DVD while at the same time giving the attached DVD player a half hour of juice.

Shonkiness aside, we slept well and in the morning decided to avoid any more dealings with the hotel and stash our bags inside a train station coin locker. These things are a life saver, as they are found nearly everywhere and for a few dollars allow you to safely lock away even the biggest bag for a day or so.

We hopped onto the bus that would take us to the start of the Nakasendo, and after 40 minutes of windy mountain roads were were in the sleepy postal town of Magome. What is a postal town you might ask? Well, to put it simply, the Nakasendo and the many, many towns that it runs through used to be the primary way of getting between the cities of Kyoto (which used to be the capital) and Tokyo (which became top dog relatively recently). Merchants, officials and other travelers would spend weeks hiking through this mountainous terrain, and small villages chiefly serving up food and shelter began to sprout along the trail.

Magome was a picturesque little Japanese town and gave a good idea of what the Japan of old my have looked like. Unfortunately for us everything was closed at this early hour so we began our day hike to the next postal town, Tsumago.

The first few kilometres were fairly tame, mostly cutting through farmland and alongside the road, but eventually we descended into a pristine, silent forest. For hours our trail followed a picturesque mountain stream down the mountain pass until we reached a building out in the middle of nowhere. The sign said “Free tea”, and an elderly man ran out to greet us and usher us in. Inside was a small hall with a large bubbling cauldron and two tea cups already filled with tea. We sat down and chatted for a while, until another group of hikers joined us. After finishing up the tea we slipped some change into the donation box and spent the rest of the hike with our new hiker friends.

After arriving in Tsumago I whisked us onto a bus to the nearest train station, and from there to Nakatsugawa where I had about 5 minutes to rush back to the coin locker and get our stuff before our next train was due to depart. 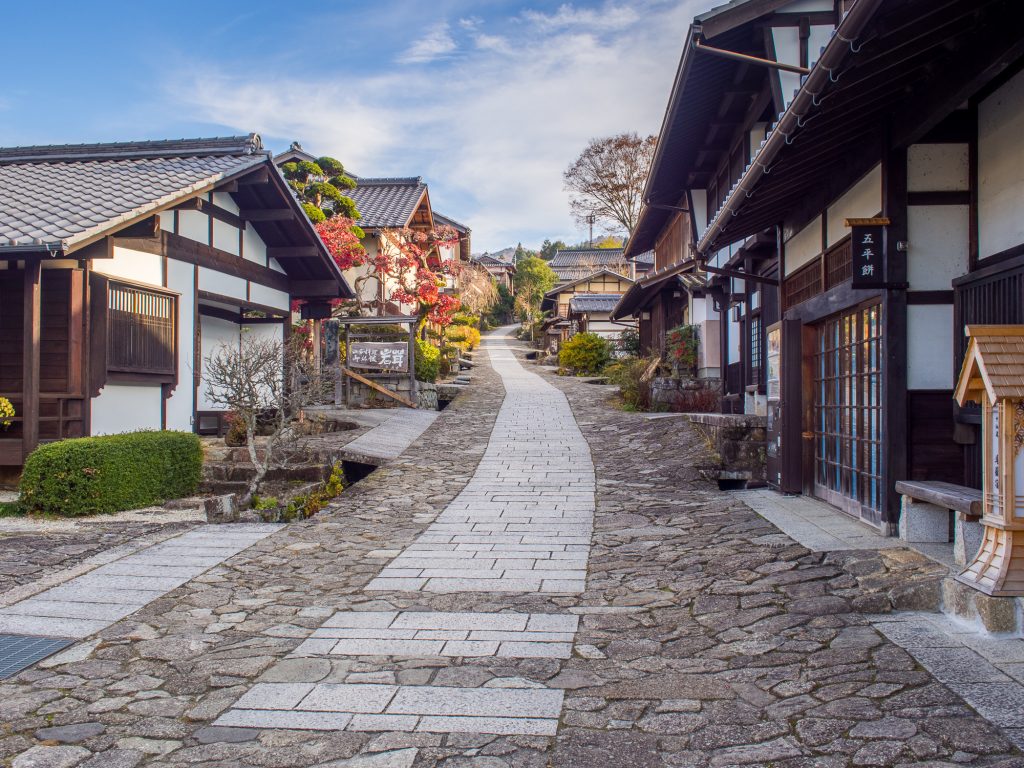