With Kyoto and its raininess far behind us we navigated a labyrinth of local trains and ferries to arrive on Naoshima, a small island known for hosting an array of art galleries and public art installations.

Being quite a small island made it perfect for traipsing around by bicycle, so we stopped by the single rental store on the island and made off with a set of folding bikes with tiny folding bike wheels, a novelty I have not had the displeasure of being exposed to. With our horrible tiny bikes we started the loop around the island and quickly discovered that the reason everyone else at the rental store was opting to go for the electric bicycles was the abundance of steep climbs dotting the island. I am not going to deny that I took some petty pleasure in systematically overtaking every single e-biker I saw on those switchbacks. Some people cycle to get fit, others cycle to show off how fast they can go on silly miniature bicycles.

First on the art agenda was the Chichu Art Museum, designed by concrete enthusiast and self-taught architect Tadao Ando. My partner in crime committed actual crimes to take photos of some of the installations and although we were never caught I still feel the eyes of the museum staff judging me.

Aside from waltzing through the works of Tadao Ando we were also exposed to the optical illusions of James Turrell and a small assortment of giant Monets.

Post Chichu we discovered that in order to get further around the island we had to either park our bikes and slowly walk through a few kilometres of pedestrian-only roads, or we could take a dangerous winding road even further up the mountain as a detour. We took the only logical choice and were treated to some fantastic views of the island surrounds and the various galleries hiding out in the hills below.

Rolling back down to civilization we stopped to admire a few pieces of oversized vegetables and other exciting artistic marvels before returning our bikes and hopping onto the ferry. 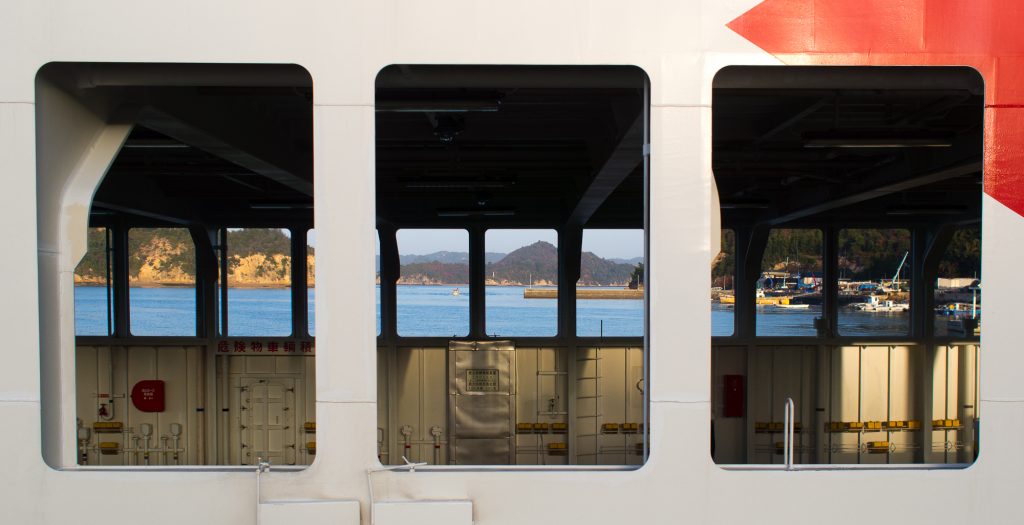