Kyoto and The Temple of Lies

After a good nights sleep in a frankly lovely little hostel, we decided to give Katies hip a rest and slightly alter our plan of a full day of walking the streets and temples of eastern Kyoto by gluing wheels onto them. Armed with cheap and nasty hostel rental bikes, we rolled our way up the eastern hills to our first stop Kiyomizu-dera temple. Well, to be honest, our first stop was a manned bicycle parking lot next to the temple. You see, Kyoto has a rather adversarial attitude towards bicycles in that it treats them like a particularly tenacious cockroach infestation. According to the many, many warning signs posted everywhere, any bicycles found parked outside dedicated parking zones or your garage are hoovered up by an army of city trucks and dumped in a giant bicycle impound lot outside of town. Many locals seem to flaunt these rules, but a quick google search suggests that hundreds of thousands of bicycles are nabbed by the velo-gestapo every year. 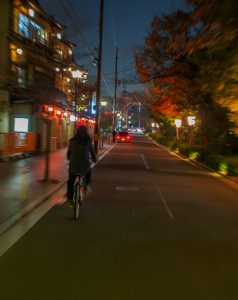 So Kiyomizu-dera then, it is a rather large temple on a nice big hill and is mostly famous for its impressively overengineered balcony, which can support hundreds people by way of what looks like about 500 tons of solid wood pillars reaching 20 metres down to the rocks below. Unfortunately the main temple is undergoing restoration works and as such the whole thing including the oversized balcony are completely obscured by scaffolding. A bit disappointing, so we moved quickly onward!

We picked up our bikes and walked them through some nice touristy streets and the odd minor temple before having a quick lunch break. We locked our bicycles at an automated parking facility that had absolutely no English and hoped for the best. We had a delicious curry udon and miraculously managed to release our bikes from the scary lockup machine and biked our way through several more fabulous temples before making a beeline for the last major landmark of the day, the Silver Pavilion. A bit out of the way, my navigation directed us through the pretty backstreets of Kyotos outskirts, alongside canals and through narrow alleyways until we finally arrived at the pavillion with all of an hour left before it shut us out.

The Silver Pavilion is one of two metallurgically themed pavilions to be found in the area, but unlike its golden sibling its creator never got the chance to actually cover it in its namesake metal. Even coming in second best it was quite the sight, but we found the small zen garden surrounding it to be the real attraction, with an assortment of gravel pits turned into beautifully crafted patterns and shapes. After watching the sun go down over the pavilion from a lookout point, we blundered our way back to the hostel in the dark (our garbage rental bikes did not have working lights). 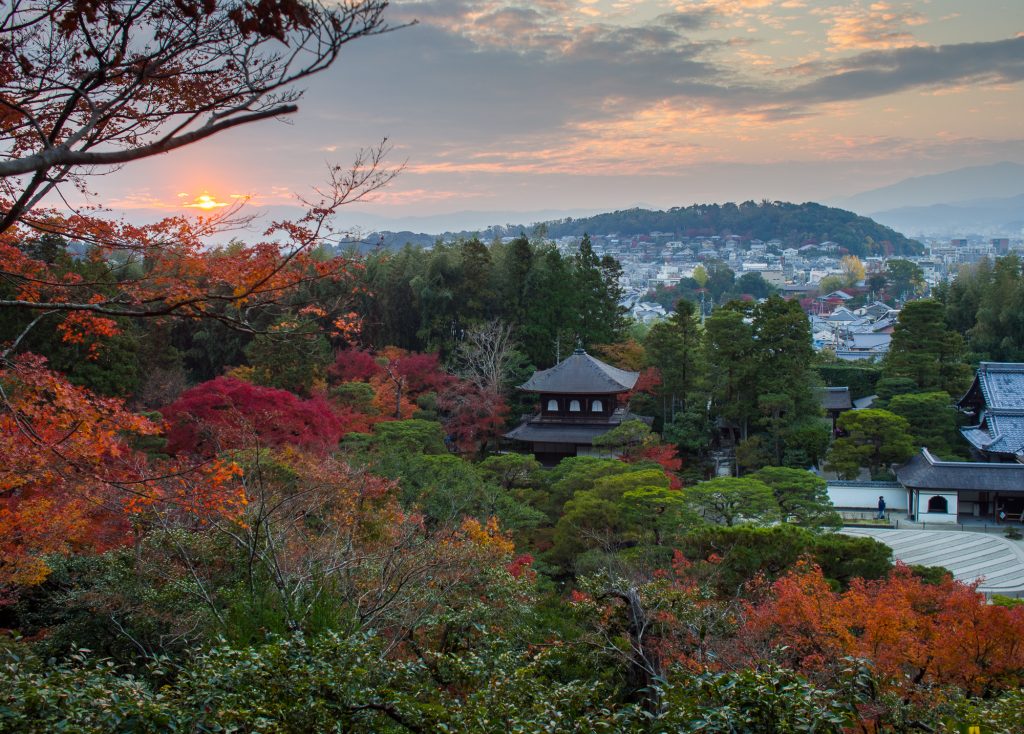